Coffee Vs Health: benefits and contraindications 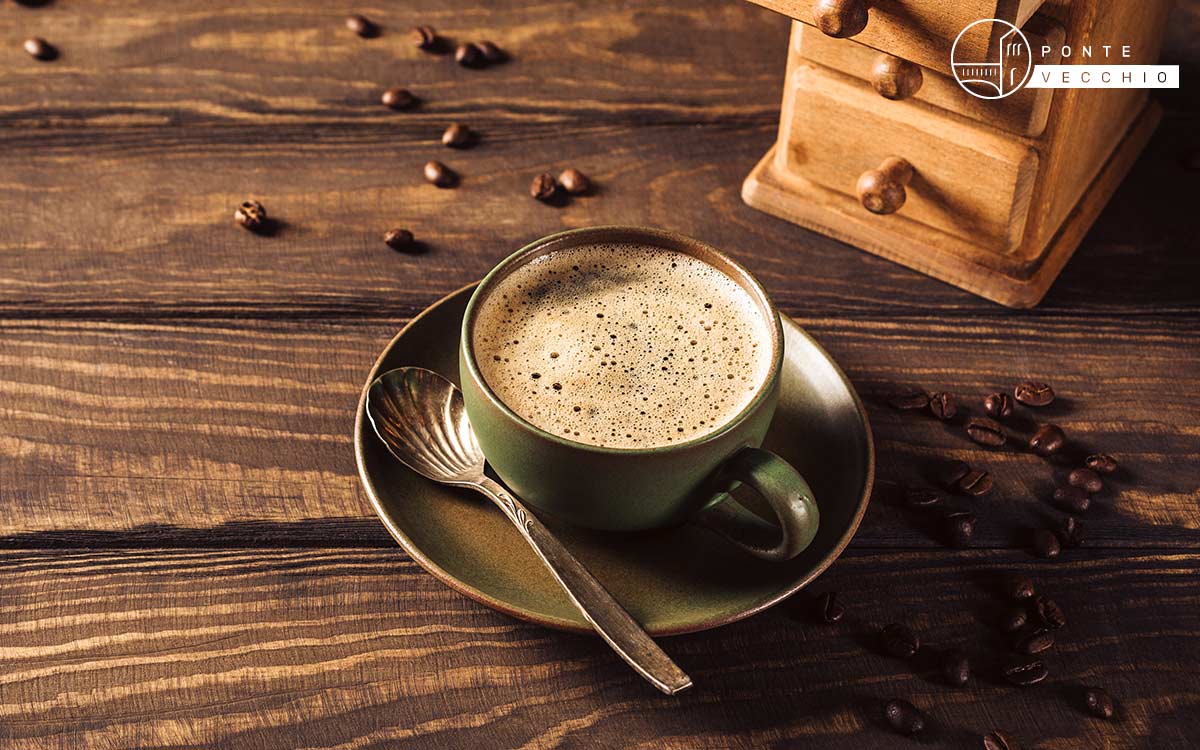 Coffee is recognised as the universal source of energy and, for many people, it is the only way to get a good start to the day and tackle daily challenges. Indeed, coffee consumption in the world is very high: around 2.25 billion cups of coffee every day.

The special thing about coffee is that consumers love to drink it any way they can! There are purists who have a particular fondness for espresso coffee, but nowadays there are so many coffee variations. They range from iced coffee, to decaffeinated coffee, with all the delicious alternatives that can be made at home or drunk at the bar: we are talking about iced coffee, coffee cream, and simple cappuccino.

If you can’t do without coffee but always drink it with the doubt that it might harm you, this article is for you!

We did some research into the risks and benefits of coffee and found that, apart from the morning boost, coffee has many health benefits and should only be avoided under certain conditions.

What are the benefits of drinking coffee

Some people wonder whether coffee can be harmful to the body.

In fact, research has shown that coffee can be beneficial if consumed with proper precautions.

It contains nutrients that are very important for the body, such as riboflavin and vitamin B2, niacin which contains vitamin B3, magnesium, potassium, phenolic compounds and, above all, antioxidants.

This means that coffee can not only give you the right amount of daily energy, but it also has substances that are important for your body’s daily needs.

Here are the main beneficial effects of coffee.

Coffee has a high content of antioxidants, substances that reduce the risk of many diseases. The high concentration of antioxidants makes it a healthy drink, especially for those who are unable to supplement these substances with vegetables and fruit.

In addition, among its nutrients, we have several sources of vitamin B and magnesium, which are essential for muscle awakening and good mental functioning.

These substances are contained in minimal quantities in a cup of coffee.

But for those who like to sip several cups of coffee a day, the content of these substances almost covers their daily needs.

So, as well as providing energy and improving physical performance, the black drink has beneficial effects on:

Coffee is one of the most consumed energy substances in the world. It is made from caffeine, a very strong stimulant for the body.

Caffeine is absorbed into the bloodstream, which transports it to the brain. Here it blocks the inhibitory neurotransmitter adenosine and the level of neurons reaches higher levels.

This process gives the mind a real boost and stimulates the brain.

In fact, the presence of caffeine improves brain function and acts as a stimulant for memory, mood, alertness, energy levels and reaction times.

One of the effects most appreciated by coffee drinkers is the fact that the black drink, in addition to its pleasant taste, has the ability to increase the metabolic rate. What does this mean? That coffee has dietary effects!

Caffeine stimulates the metabolism and helps the body to burn fat. Its effect affects both thin and obese people, in different percentages: in the former it increases fat burning by up to 29%, while in obese people it only burns 10%.

Its properties are universally recognised: caffeine is the basis of almost all fat-burning supplements. However, there seems to be no need to abuse it, as its effects diminish in long-term drinkers.

4. Coffee is effective against type 2 diabetes

Diabetes is a disease that affects millions of people worldwide. It manifests itself in high blood sugar levels.

In studies of more than 48,000 people, coffee drinkers were found to have a much lower risk of getting type 2 diabetes than those who do not.

Therefore, through this research, it was seen that coffee can help protect against type 2 diabetes.

5. An ally against Parkinson’s disease

According to research on the correlation between coffee consumption and neurodegenerative diseases, coffee drinkers have a much lower risk of contracting Parkinson’s disease. The reduction in risk is considerable, ranging from 32 to 60 per cent.

Researchers say that, in the case of diseases that do not have a truly effective cure, such as neurodegenerative diseases, much attention should be paid to prevention. For this reason, one of the most reliable excuses for drinking coffee is that it helps prevent Parkinson’s disease.

6. Reduces the risk of Alzheimer’s

This disease affects millions of people worldwide and is the leading cause of dementia in the elderly. The individuals most affected are the over 65s.

7. Coffee drinkers are less likely to get liver cancer

Italian research data indicates that people who drink three cups of coffee a day have up to a 50% lower risk of contracting liver cancer.

Moreover, it seems that the black substance is really healthy against liver diseases. It reduces the risk of cirrhosis, non-alcoholic liver disease and gallstones.

It even seems that drinking two cups of coffee a day reduces the risk of dying from non-viral cirrhosis by as much as 66%.

What are the cons of drinking coffee?

As mentioned above, it is not possible to completely rid coffee of its negative effects. In fact, some conditions are made worse by drinking high doses of coffee, and here are some of them.

High coffee intake has been shown by some studies to increase the risk of bone fractures.

This risk is higher in women, while the risk for men has been found to be lower.

2. Not safe during pregnancy

If there is a time in life when it is best to give up coffee, it is during pregnancy. During the nine months of pregnancy, it is best not to indulge in caffeine cravings and desires, as this drink can have various side effects.

Some scientific evidence shows a close link between women who drink coffee and the risk of pregnancy loss and the birth of low-bodyweight babies.

It seems that people with these conditions may have a higher risk of worsening them.

Research dating back to 2015 has shown the presence of toxic substances in commercial coffee. These mycotoxins can compromise the composition of coffee and harm the body.

Drinking coffee in adolescence can impair brain function in the long term, resulting in changes in the nervous system.

One of the consequences may be an increase in anxiety in later life.

This leads to a worsening of the quality of life of these individuals and puts their stability at risk.

In a 2017 analysis, we found that drinking one to three cups of coffee a day has no negative effects – quite the opposite! According to several studies, sipping coffee at times of the day recommended by experts can have several beneficial effects and reduce the risk of neurodegenerative diseases.

In fact, coffee has been shown to be an excellent ally against Alzheimer’s and Parkinson’s disease, two conditions that are very common in the world and which, unfortunately, do not yet have specific cures.

Caffeine also acts as a stimulant in diets and speeds up the metabolism, helping with weight loss.

Studies have shown a strong correlation between liver disease and coffee intake. In fact, regular coffee drinkers have a much lower risk of contracting liver cancer.

But there are also contraindications. The first is the combination of coffee drinking and smoking. Smoking cancels out all the beneficial effects of coffee.

It would also be a good idea to give up coffee during pregnancy and in people at risk of bone fractures.

As of today, you know that sipping coffee in moderation can have many benefits. For this reason, when you walk past your coffee corner in the kitchen, you don’t have to look away. Treating yourself to a little daily pleasure is healthy and can help prevent serious illnesses.

If you want an espresso as good as the one in the bar at home, contact us.

With the Pontevecchio professional coffee machine, you will be able to sip a coffee with an unmistakable aroma even at home.

Our experience in the production of professional coffee machines has made us understand how important it is to preserve the characteristics of a good coffee. Call us and discover our secrets!