How to make American coffee at home 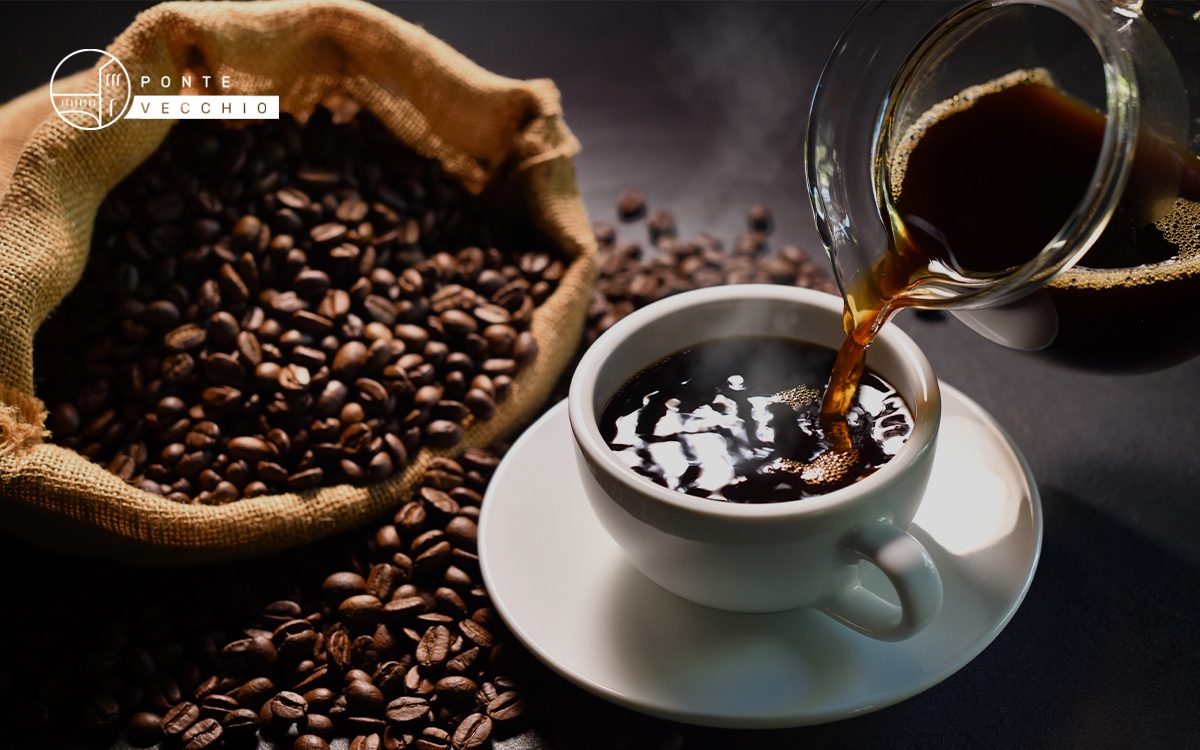 Large and steaming cup, the intense aroma that envelops every corner of the house, sweeter scent: today we are talking about American coffee.

It is a myth that has always been part of our imagination. In fact, since the advent of TV and the great novels from the United States, we have heard of a coffee to be sipped slowly. In each show, the protagonists appear with their “glass” of American coffee that seems so distant from our beloved espresso.

On the wave of the great television series, following the desire to get to know other cultures, the consumption of American coffee is also becoming an increasingly widespread trend in Italy.

If you’ve always wondered what it tasted like, you’ve come to the right place.

In this article, we will go to the discovery of a real myth. We will explain how to prepare American coffee at home, what its origins are, and what is the most suitable blend for preparation.

With lever coffee machines, it will be really easy to prepare an American coffee according to the original recipe. These devices, in fact, allow you to make an excellent drink.

Let’s start our journey to discover American coffee and its variants!

What is American coffee

First, we must give a precise definition of American coffee.

It seems a subtlety but, in reality, the two definitions refer to completely different drinks and traditions.

The first is what you drink from large, covered glasses while walking or reaching work. This image is a bit of a reflection of the great American metropolises, where people sip American-style coffee on the streets.

It is a watered-down coffee, prepared with a machine consisting of a tank, carafe, and filter holder. This is what is called brewed coffee.

The American coffee that is drunk in Italy is very different. This drink is very connected to the tradition of our peninsula, where it originated.

American coffee, which is commonly drunk in bars and cafes in our country, is a coffee-based drink. It is prepared with espresso in which boiling water is added.

The result is very different from the espresso. American coffee is more liquid, does not have the typical cream, and has less pronounced taste characteristics. However, it keeps its strength unchanged.

The origins of American coffee

According to tradition, it seems that American coffee was invented by American soldiers during the Second World War. The soldiers stationed in Italy were not used to the strong and full-bodied taste of espresso coffee. For this reason, they diluted the espresso with boiling water to recreate the coffee they used to drink in the United States.

American coffee is also mentioned in a 1928 novel by Somerset Maugham “Ashenden: Or the British Agent“, in which the protagonist sips an American. Still, in a story by the same author, American coffee is pictured as a substitute for a cocktail. Although these citations date back to the late 1920s, there is no certain evidence that it was precisely American coffee.

How much caffeine does American coffee have

Although it may be thought that American coffee is lighter and contains less caffeine, in reality, this is not the case at all.

The presence of water does not affect the amount of caffeine contained in the drink. We explain why.

The caffeine content is calculated in ounces. One ounce equals 30 milliliters (consider that an espresso contains a little less than an ounce).

Espresso has an amount of caffeine ranging from 30 to 50 milligrams per ounce.

American coffee, on the other hand, contains 8 to 15 milligrams of caffeine.

Espresso coffee, therefore, has higher caffeine content, for the same quantity, compared to American coffee and filter coffee. And hence the misunderstanding!

Espresso indeed contains more caffeine per ounce. However, when you consume a cup of espresso, you only drink one ounce of coffee and therefore you consume about 8 mg of caffeine.

A cup of filtered coffee or Americano, on the other hand, is about 8 ounces.

You got it right: 8 ounces.

Therefore, four times more drink is consumed than espresso coffee. Consequently, the quantity of caffeine also rises, oscillating between 65 and 120 milligrams per cup.

In short, from this calculation, you will have understood that the amount of caffeine is almost the same and that you can taste both according to your tastes.

How to prepare American coffee at home

Can American coffee also be made at home? The answer is absolutely yes.

It is an espresso elongated with boiling water, served in a larger cup, like that of a cappuccino.

First, you need to prepare a long espresso. The right amount is between 40 and 50 milliliters.

After preparing this base, a quantity of boiling water is added which can vary according to your preferences.

In the classic American coffee recipe, the proportion is one cup of coffee for two cups of water.

To have an American coffee as good as the one in the bar, here are some little secrets:

Now you know the secrets of making American coffee, let’s see which blend to use.

The blend you should use for this coffee

Depending on whether you want to prepare filtered coffee or American coffee, you will have to choose coffee blends with different characteristics.

The blend for filtered coffee, on the other hand, must be selected specifically. Its consolidated characteristics make the drink lighter and devoid of bitter notes.

The most suitable type of coffee is therefore the Arabica blend, pure or mixed with Robusta (with a proportion of 80% of Arabica and 20% of Robusta).

Two fundamental elements, however, are grinding and roasting.

The powder must have a medium-large grind. If you use the coffee grinder, be careful not to grind the coffee beans too coarsely. The result would be a weak and not very aromatic drink. However, even with a very fine grind, you risk altering the flavor, extracting a drink that is too bitter.

As for the roasting, choose it not too dark. In this way, the fresh notes will prevail over the bitter ones.

Coffee is a drink that adjusts well to many preparations. And so is American coffee.

In many countries, in general, it is accompanied by a jug of hot water, to be able to lengthen the drink to your taste.

But it can also be served iced, longer, or prepared with dripping coffee.

Now you know all the secrets of American coffee and you can easily taste it in your home, with friends or alone!

In terms of energy, it changes little compared to traditional coffee. The amount of caffeine in a cup of espresso is almost the same as in a cup of American coffee.

For the preparation, don’t forget the tips we gave you: use filtered water, the grind should be medium-coarse, and the roasting light.

For an excellent American coffee, the lever coffee machine is ideal, as it allows you to adjust the amount of water and extract a high-quality espresso.

Discover the models of Pontevecchio lever machines, so you can make all the variations of American coffee you prefer at home.