Here are the most important methods for extracting coffee 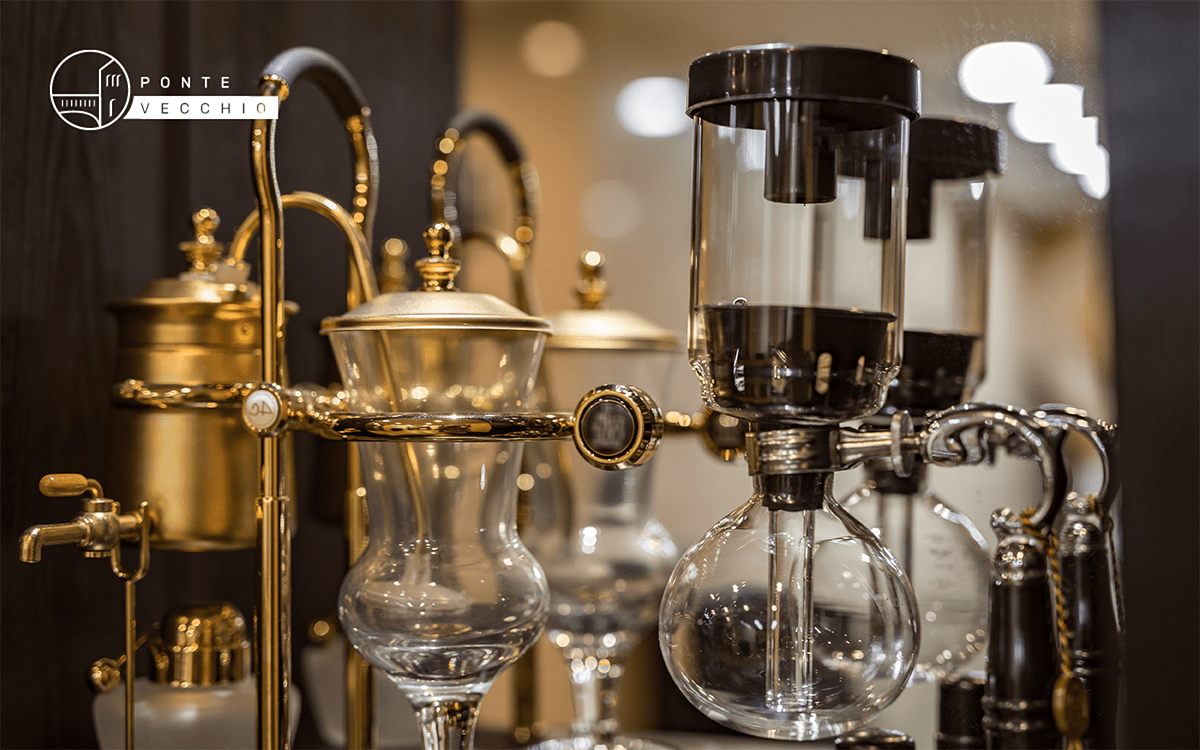 It sounds like a simple and obvious invitation and, in Italy, it usually indicates the gesture of going to a bar and tasting an espresso extracted with a professional coffee machine.

In our country, in fact, the traditional and most widespread methods of extracting coffee are the moka, the Neapolitan cuccumella, the coffee machine that bars use and the lever coffee machines, pods or capsules.

In fact, coffee is the second most popular beverage in the world and each country has its own tradition, for which it uses a different extraction method. So, although espresso or moka coffee are among the most rooted habits in our country, you should know that there are various types of coffee ranging from American long coffee to Ibrik, consumed throughout the Middle East.

Coffee extraction methods can be distinguished according to the type of process used: dripping (or pour over), infusion and pressure. Each differs in the way the powder is mixed with water and the temperature of the water.

Let’s take a look at the most common and characteristic types of coffee extraction in the world.

The dripper is a coffee machine consisting of a grooved cone that is placed over the drip cup. The filter function is performed by a sheet of food-grade paper placed inside the dripper.

The coffee powder is placed inside the paper and the water is poured directly into the funnel.

The special feature of this process is that the water is heated separately and then carefully poured into the coffee machine. The drink can then be enjoyed when it collects in the carafe.

These coffee machines have a vintage and romantic design and are also nice to keep in the home as pieces of furniture. The most famous model is the V60, created by the Japanese company Hario.

Originating around 1830 in Europe, the globe coffee pot is one of the oldest systems for extracting coffee.

Its glass design is spectacular and, while in operation, it really has a hypnotic effect, as you can see the whole process of coffee extraction.

The structure consists of two glass globes, placed one above the other and joined by a sort of funnel that acts as a filter. In the lower part, which has a spherical shape to allow the heat to be distributed evenly, the water is placed. After preparing the machine with water and coffee, it is heated on a cooker and, once the temperature is reached, the steam carries the water to the upper part where the infusion takes place.

The characteristic of the Siphon extraction is that, once the fire is turned off, the steam decreases and the drink collects in the lower part of the coffee maker.

The result is a coffee with a sweet aroma.

French Press extraction is a very simple and time-honoured method of making coffee under pressure.

To prepare coffee with this method, simply place the coffee and hot water in the glass container. The temperature at which the coffee is extracted is very important here, as the water should never come to the boil.

The ingredients are then stirred and left to infuse for a few minutes (the right amount of time is between two and six minutes depending on the taste and characteristics of the chosen blend). To separate the powder from the drink, a plunger with a metal filter is inserted and pressed downwards.

The coffee obtained by this method is characterised by its strong taste and full-bodied structure.

The cuccumella is one of the oldest coffee extraction techniques in Italy. In fact, before the invention of the moka coffee maker, it was used in many homes in Italy. Its design is a true cultural symbol of Made in Italy and Neapolitan character.

But how does the Neapolitan coffee machine work?

Extraction with this type of coffee maker takes place through percolation, just like in the dripper method. The coffee maker consists of two tanks, one perforated at the top and the other with a spout.

In this way, the water passes through the filter with the powder and is transformed into coffee. Then it is from the second tank that the coffee can be served.

The coffee extraction time with the cuccumella is 5 to 10 minutes.

Drunk and appreciated throughout the Middle East, cezve (or Turkish coffee) is a time-consuming method of extraction by infusion.

Traditionally, a long brass pot (called “cezve”) is used to prepare it. In the pot, water is brought to the boil, to which finely ground coffee powder is added. Sugar can also be added to the liquid.

Once it has reached boiling point, the coffee is poured into the cup and left to settle for a few minutes so that the powder residue settles to the bottom. The sediment, according to Balkan tradition, lends itself well to coffee grounds reading and caffeomancy.

To flavour the coffee, cardamom and cinnamon are added to the drink in many countries.

The moka is one of the coffee makers that has made coffee history. Born in 1933, it is already about to celebrate its hundredth anniversary.

This coffee machine for domestic use was patented by Bialetti and occupies a place of honour in the homes of Italians. Its structure is composed of three parts: the boiler, the filter and the pot.

The mechanism is a pressure: the water is heated and rises to the top, passing through the filter where it wets the coffee and extracts the soluble parts.

Home-made coffee with a moka is very different from the espresso you get with a coffee machine in a bar. It is not full-bodied and has no cream, but the result is intense.

The Aeropress is the newest coffee machine in existence. It was patented in 2005 by Alan Adler and its extraction method is truly futuristic, combining pressure extraction with infusion.

The fusion of these two methods results in a product with a unique taste, in which the organoleptic characteristics of the coffee and all its sweet parts are preserved.

Coffee is extracted with the aeropress through the pressure of the cylinder that forms the central body of the machine. Infusion occurs inside the cylinder.

Adler designed this system with the aim of enabling sportsmen and women to drink good coffee even in extreme conditions.

The aeropress, in fact, is an extraction method that allows you to obtain an intense and pleasant coffee in just a few moments.

To drink coffee as good as at the bar, the most suitable extraction methods are those that use pressure.

In Italy, the most common and widespread are the moka and the espresso machine, especially the lever machine. The result is an intense and robust coffee.

Thanks to this extraction system, it is possible to perceive the different degrees of roasting and savour the intense notes of the chosen blend, without increasing the caffeine content.

If you want an intense, robust and full-bodied coffee, in which you can detect all the notes of the chosen beans, discover our lever machines!