The history of espresso coffee: how it was prepared in Italy before the 19th century 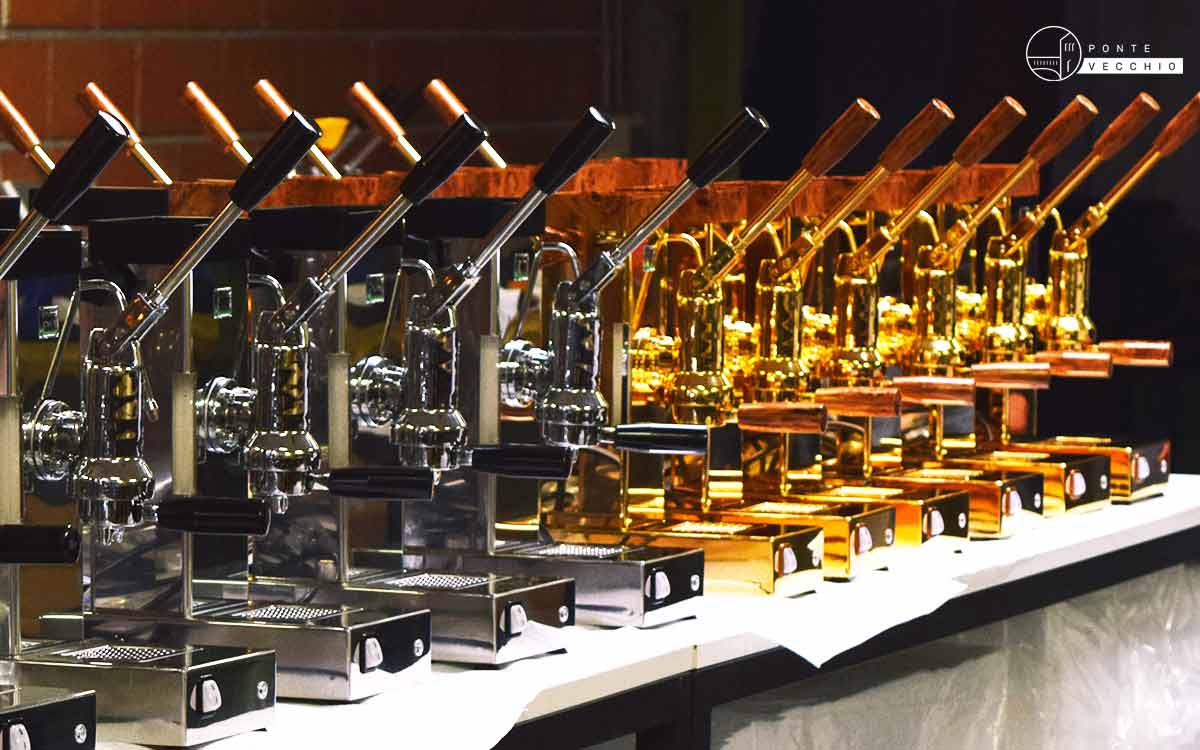 You will have heard countless times: “Time for a coffee“, “a coffee on the fly” or “we must have an espresso coffee together once of these!”.

These are just some of the commonly used phrases that reflect how much this energising beverage made from ground coffee is an integral part of everyday life and culture for us Italians. It is a drink that marks time, that serves as a pretext for dating, or that has even given its name to a place: in fact, the bar is also commonly called a ‘café’.

What is now such a widely consumed and popular beverage, has a long and fascinating history. Although many people believe that the coffee plant, Coffea, originated in Brazil, the truth is that it came from somewhere else entirely.

Coffee’s stimulating effects were discovered in the Arabian Peninsula in the 15th century, and it quickly became the standard drink in public areas.

It arrived in Europe in the seventeenth century, where it quickly gained popularity, where places were transformed in order to drink coffee, such as cafés, and bars. Around the 1850s, there were 300 cafés in London alone.

It was thereafter shipped to Central and South America. As a result, Brazil has risen to become the world’s greatest producer, accounting for more over 30% of global output.

Espresso is a coffee extract that is the result of a succession of advancements that have completely revolutionized the way people drink coffee. In the beginning, a more watery and bitter drink was given, which was eventually replaced by espresso coffee thanks to the advent of the steam extraction technique.

Let’s discover the history of espresso coffee together.

The history of coffee starts in the Arabic Peninsula

Although a tradition claims that an Ethiopian shepherd discovered the stimulating benefits of coffee, the official history of coffee begins in the Arabian Peninsula. As previously stated, its origins can be traced back to the 15th century, when cocoa plants were grown in Arabia’s Yemeni province. Coffee cultivation and use spread swiftly in the following century, even to neighbouring countries (Persia, Egypt, Syria, and Turkey became coffee producers).

Coffee was not only consumed at home, but it was also brewed in public locations where people could speak, watch musical performances, interact, and trade knowledge.

When did the custom of coffee arrive in Europe?

Pilgrims who visited Mecca spread the drink around the world, conquering the European continent in the process.

Espresso Coffee culture is therefore something that has been with us for a long time, even if only a few people know how Italian espresso was prepared at its origins, before the 19th century. Its arrival in Europe was not until the Prussian-Turkish war. It first appeared at the end of the 17th century in Austria.

Initially, therefore, coffee was prepared ‘ Turkish style ‘, the mechanism by which the drink was extracted in the premises, the famous and renowned Schools of the Wise.

When was coffee culture born in Italy?

We have to wait another century for it to arrive in Italy: when it landed in Venice, a port city with strong international characteristics. The Church initially opposed the drink, because its energising properties were frowned upon, and it was even associated with the devil.

This demonisation quickly passed, and the drink became popular in Italy as in the rest of the world, becoming a favourite first and foremost with artistic figures who found cafés a meeting place for cultural and literary discussions.

Pope Clement VIII cleared the coffee, saying that after tasting it, he liked it so much that he gave his assent.

Coffee’s spread throughout the rest of Europe

During the seventeenth century, many cafés sprang up in London, Austria, France, Germany, and Holland. The extract based on an Arabica blend quickly replaced alcoholic beverages, virtually entirely replacing them at breakfast.

The high demand for coffee beans prompted a number of initiatives to export the crop outside the Arabian Peninsula.

The Netherlands was successful in starting profitable plantations in Indonesia, resulting in the robust variety of Java and Sumatra.

As a result, the coffee trade not only grew, but also changed into a wealthy and profitable enterprise, becoming one of the world’s most important exports.

In the 18th century, coffee conquered the Americas

Coffee, contrary to popular perception, did not originate in America. Following the expansion of the Coffea plant, first on the island of Martinique, then throughout the Caribbean, coffee plantations grew throughout Central and South America.

The arrival in Martinique took place in 1723, the same year that the king of France handed a plant to a sailor.

Although it is commonly assumed that Brazil is home to the world’s most popular beverage, the reality is quite different. The wife of the governor of French Guiana covertly gave coffee seeds to a representative of the Brazilian emperor, and so the modern-day coffee industry was created.

And when can we start talking about “espresso” coffee?

Since when can we start talking about Italian espresso coffee as we know it today?

“Espresso” means immediately made and appeared as a way of reducing the time taken to prepare the precious beverage in public places, in order to respond to the increasingly fast pace of metropolitan living, while still leaving time for this break that had already become a tradition that was difficult to abandon.

The first drink made on the spot from coffee dates from the late 1900s, however steam was not used at the time. In fact, the term “espresso coffee” refers to a beverage made from ground and pressed coffee and diluted with hot water.

The first steam-powered coffee machine was invented by an Italian

The first espresso coffee machine, presented in France, dates back to 1855, but it was not until 1901 that the Milanese engineer Luigi Bezzera introduced the first steam-powered coffee machine, which was similar to the one we are used to seeing in bars today.  This patent is fundamental because it opens the door to innovations in the immediate future: it starts a virtuous circle that is fought by patents. As Italians, we are very much involved in this battle, with many companies, architects and engineers dedicating their genius to improving the way of preparing coffee.

In fact, we have not yet arrived at espresso as we know it today: the much-loved drink was perfected in 1948 by Milanese barista Achille Gaggia, who introduced pressure extraction of the precious beans.

This new technique was fundamental to the history of espresso coffee because it finally made it possible to obtain the drink in an even more concentrated form, which was therefore also more aromatic, and which became famous for its creaminess and firmness.

However, mass production had already begun prior to that period, based on a vertical espresso machine heated and kept under pressure by a gas stove.

Here we have finally arrived at espresso coffee as we know it.

From this moment on, an important growth in patents began, with the 1940s and 1950s being the years in which the large companies began to produce models that were increasingly accessible to the general public.

Up to the present day, when it is no longer even necessary to go to a bar to enjoy a professionally made espresso coffee. There are models of coffee machines for home, such as the Pontevecchio ones, that produce espressos and cappuccinos of an even higher level than those found in bars. This is because in addition to the technically perfect method that the machine already provides, there is also the choice of ground coffee or preferred coffee beans.

Having in your own home or in your bar/hotel a machine that is able to produce the drink that has become the emblem of the made in Italy, is not only a form of daily well-being, cut out in precious moments of pause, with the rituality you prefer, but in the case of Pontevecchio lever machines it is also a way to furnish your kitchen with style.

The careful workmanship and the innovative design make them durable, beautiful and above all performing products, which find their place with taste and accompany you in the years without ever disappointing your expectations.

Enquiring is easy and you can choose from a variety of models that differ in size and colour, perfect for all domestic solutions and suitable both for personal use and for sharing with several people, as they are capable of producing several drinks in sequence, while maintaining their aroma and quality unaltered.

To love coffee means to know its history, to appreciate how it was possible to have in one’s own house a professional and performing machine like Pontevecchio’s ones, to be able to live again that history every day, shrunk in a scented cup.