Is it possible to drink coffee during pregnancy? 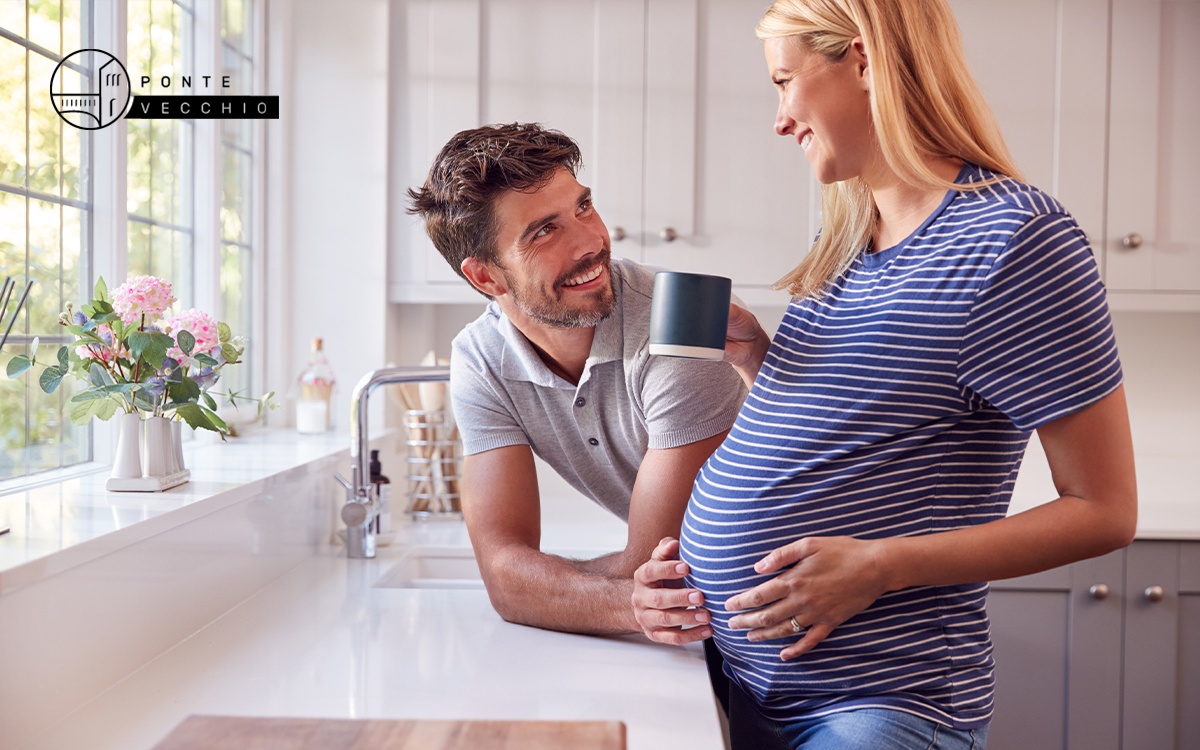 Pregnancy is a special period for every woman. The body changes and all the attention is focused to the baby that is about to arrive.

One of the topics that pregnant women are interested in is nutrition: What should be avoided in pregnancy? Is it possible to drink coffee while pregnant?

The fetus, in fact, feeds through the placenta and everything that the expectant mother ingests is part of its diet.

For this reason, it’s necessary to pay special attention to meals and the quality of the food that you choose.

In everyday life it seems obvious to eat cold cuts, use spices as a condiment and have a coffee with friends.

However, during the 9 months of waiting, there are many things that should be avoided not to put the baby’s development at risk, as well as paying more attention to cooking or washing vegetables and fruit.

In conclusion, for pregnant women it is better to consult a doctor to agree on a healthy and varied diet that brings the correct amount of nutrients to both.

And what about coffee?

Caffeine is a substance that should not be abused, and the biggest world health organizations recommend not to drink more than two or three cups of coffee per day while pregnant, in order not to harm the fetus.

In the calculation of caffeine, actually, you should also consider other drinks such as tea, cola, or chocolate, as it’s present in each of them in high quantity.

An abused of caffeine, in fact, may increase the risk of abortion, alter the development of the fetus and interfere with the activity of the placenta.

So, it is possible to drink coffee while pregnant but in moderation.

It is better to choose a high-quality product, artfully prepared with a professional coffee machine in order to make the few cups of coffee allowed even more special.

An outstanding energy substance, espresso is one of the pleasures that is really difficult to give up.

Due to its aroma, perfume, intense taste that releases after the first sip, and which continuous after drinking it, but the coffee habit is really rooted in lovers of the black substance.

The situations in which its consumption must be limited, therefore, can annoy us, and it’s not easy to find an equally good substitute.

It is also difficult understanding what to drink instead of coffee while pregnant because there are many breakfast drinks with the same characteristics.

Why is it not possible to drink coffee while pregnant?

Not everyone knows that the problem is the caffeine content, a substance that could pose various problems to the baby.

Caffeine is an alkaloid, extremely widespread and appreciated for its energizing effect.

It contains natural alkaloids and polyphenols and helps the body to be more focused and be more responsive to fatigue.

However, it is better not to abuse in order to avoid unpleasant situations such as tachycardia, insomnia and increased risk of abortion.

Caffeine consumption should also be controlled in normal life.

To do this, it is good to understand how much the caffeine content in a cup of coffee is.

It means that, a person of 50 kilograms should not drink more than 2 cups of coffee per day (200 mg of caffeine).

To carry a pregnancy to term without risk or difficulty, the recommendation is not to exceed 300 milligrams per day.

The European Food Safety Agency and the American Congress of Obstetricians and Gynaecologists recommend not to exceed 2 cups of coffee and to stay below 200 milligrams of caffeine.

Why it’s important to be careful during pregnancy

Coffee is a substance with nerve effects, it means that acts directly on the central nervous system naturally.

During pregnancy instead it could cause negative effects on the fetus and mother.

There is no certain information about the assumption of coffee in the first three months of pregnancy, but it seems that in such a particular state there may be greater risks to the child’s health.

The first rule during pregnancy is do not take substances harmful to the unborn child but to take care of his health.

To ensure that the development of the baby is regular, therefore, the mother must be extremely careful about the food she eats and must satisfy the baby’s nutritional needs.

But, while scientists keep the same line on tobacco, there are many conflicting opinions when they talk about coffee.

According to most of the world’s health organizations, 300 mg of caffeine should not be exceeded.

However, many doctors say that even a lower quantity of caffeine would put the baby’s health at risk, causing miscarriages or a below-average birth weight.

To avoid any risk, the recommendation is not to exceed 2 cups of coffee per day with up 100 milligrams of caffeine.

What are the risks of drinking coffee during pregnancy

Many women experience discomfort from drinking coffee when they are pregnant.

Often, despite morning sickness in the first months, espresso coffee becomes again, in a short time, a very popular drink among future mothers.

According to an important study made in 2008 carried out on a large part of the population, however, it has been found that an intake bigger than or equal to 200 milligrams of caffeine per day during pregnancy would double the risk of miscarriage.

The risk of a miscarriage and the poor fetal growth can be linked to an altered vascularization of the placenta.

Coffee, in fact, has a vasodilatory effect in the lungs and its vasodilatory action is felt in a large part of the circulatory system.

However, it has a vasoconstrictor effect on the other organs that is still unclear to many scientists.

Unfortunately, there is no certain information about the actual risk of the assumption of caffeine during pregnancy.

Generally, the risk of a miscarriage is lower in women that do not consume caffeine. But complications cannot be associated only with the consumption of coffee, but to many other negative factors such as stress, smoking, alcohol, and malnutrition.

For now, however, according to available studies, the recommendations of the Ministry of Health on physiological pregnancy are like those of the English Royal College of Obstetricians and Gynaecologists, that is, to do not exceed 300 milligrams of caffeine per day.

According to the European Food Safety Agency and the American Congress of Obstetricians and Gynaecologists, it would be better not to reach even 200 milligrams.

What other foods that contain caffeine should be avoided during pregnancy

Evaluating caffeine content is not just counting cups of coffee. Not everybody knows that this substance can be also found in cocoa, tea, energizing drinks and some sodas.

According to the ingredients used to prepare these drinks, the quantity of caffeine may vary from food to food.

Therefore, we know that a cup of espresso coffee contains between 60 and 90 milligrams of caffeine.

How much caffeine does a cup of green tea or latte contain?

Here are some parameters in order to let you count the quantity of caffeine and not to exceed the recommended daily doses.

To know how many cups of coffee, while pregnant, can be taken, therefore, you must also add the food mentioned above (if you eat dark chocolate you will have to forgo an espresso).

What about Decaf? Can it be drunk during pregnancy?

Decaffeinated coffee during pregnancy can be a great alternative to traditional espresso.

Considering the risks due to caffeine abuse, it is better to have a coffee with less caffeine.

However, there are no official studies about the intake of decaf coffee while pregnancy.

According to some scientists, instead, coffee with a reduced caffeine content is related to an increased chance of miscarriage.

To reduce caffeine content the coffee beans are subjected to chemical processes that alter their composition.

The risk is that the solvents used for the extraction of caffeine may affect pregnancy.

There are, in fact, several scientists of the opinion that the steam treatment done to eliminate all solvent residues would not be enough.

But modern extraction methods are safe and harmless.

The most popular is the decaffeination process with carbon dioxide, which changes from the liquid to the gaseous state.

In this way, the aroma of the coffee remains unchanged, and the carbon dioxide acts as a natural solvent.

Unfortunately, the extraction method is not mentioned in the packaging, but it would be very valuable information for managing the relationship between coffee and health even during the purchase phase.

Anyway, also for the assumption of decaf coffee during pregnancy, just to enjoy the taste of an espresso o live its gesture, the recommendation is to consult your gynaecologist.

What does Science say about coffee in pregnancy

From a recent review of about 1200 studies on coffee consumption in pregnancy published by BMJ Evidence-Based, instead, scientists say that coffee should be totally avoided.

The review was carried out at the University of Reykjavik, Iceland, where negative pregnancy outcomes were analyzed.

The team led by Professor Jack James created six categories based on the articles analyzed:

The results, therefore, underlined the correlation between coffee consumption and a possible negative pregnancy outcome.

In fact, these results have wreaked havoc in the Scientific Community, questioning all the previous indications given in the United Kingdom, United States, and the rest of Europe.

At the moment, anyway, there is no certainty of any correlation between coffee consumption and an increased risk in pregnancy.

If you are pregnant, our advice is not to abuse caffeine and to get your espresso only when you just can’t do without it.

Choose the right moment to drink coffee and prepare yourself a high-quality coffee.

In this way you will be satisfied and, for several days, you will keep feeling the taste of your coffee.

To prepare a perfect coffee, discover the Pontevecchio lever coffee machines. In this way, you will be able to satisfy yourself throughout pregnancy.